CERN, THE SACRED FEMININE AND THE FORTHCOMING REVELATION

Cosmic Fire and the Great Epochal Shift
The key to seeing the truth behind existence is in understanding that the speed of light as measured by the human mind is the maximum speed of reflection. According to scientific research it takes eight minutes for the light from the sun to reach the human eye on the surface of this planet.

​Consequently, in relation to the sun which is our cosmic centre in substance, we are perpetually behind the immediacy of now. What is perceived as the present through the human mind is actually the past and this is the placement of human consciousness in perceivable space and time. As a corollary, it is a reflective consciousness functioning on a vibratory pulse in the wake of something phenomenal.

CERN scientists describe this something phenomenal as the ‘God Particle’ in their scientific evaluation of the Higgs Boson Theory. However, most of these scientists persistently hold onto the theory of the Big Bang. This shows they are still trapped in the assumption of time being a linear process, not yet having discovered that time is a circular occurrence perpetually arising in the timeless now. This next breakthrough in scientific understanding is imminent as we move closer to the speed of light. The approaching discovery is going to be astonishingly amazing to the world, but not to the mystics already in tune with the cosmos. Yet, so few are willing to listen; the mind pattern only correlates with the known, which is the past, and this is where most people struggle.

As one of the crowd we are preoccupied with our acquired nature, that being who we think we are and the positions on which we spill our energies trying to uphold. This is why the looming discoveries are going to be so devastating, seeing that so few are truly prepared. Our preoccupation with technological gadgetry is dulling our passion of inquiry. The rare few passionately involved see this is not all that is currently opening to the searching scientist. In the approaching surge, we are close to scientifically discovering the alternating pulse in matter, the fact that we are here in this perceived existence and not here simultaneously. I am speaking on cosmic consciousness. However, the approaching surge will be little more than a lightening flash for the masses followed by the usual reactionary thundering noise of the vacuum closing once again under the weight of our ignorance (our insistence in perpetuating the past).

The Great Epochal Shift is available at major bookstores and online in paperback + eBook directly from AMAZON:

Apparently, the above extract is a paradox for the thought patterns encased in time. However, there are deeper waves of intelligence permeating our self-imposed limitations. Alignment with these opens the way to seeing and understanding that which is phenomenally vaster than our current thought patterns within their relative understanding of time. 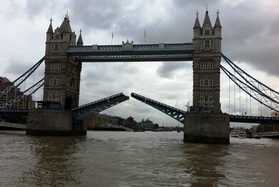 Bridging Time
The Sacred Feminine is divine love in existence